Does The Kenwood Titanium Chef Patissier XL Mixer Live Up To Its Name? 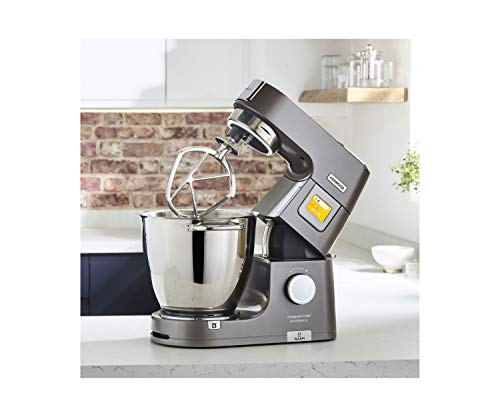 The Kenwood Titanium Chef Patissier XL Stand Mixer immediately sounds like something that is better for those that want to expand their horizons with advanced dessert making.

This kitchen machine is promoted as “your chef that weighs and warms”.

So, what does this mean for making these desserts, and are users impressed?

The Pros and Cons of this Kenwood Titanium Chef Patissier XL Stand Mixer.

The Kenwood Titanium Chef Patissier XL Stand Mixer is an interesting, intelligent machine that takes baking in a new direction.

What this description means is that the mixing features are more standard, secondary aspects and there is a bigger focus on the heating element and scales below the bowl.

The EasyWarm bowl tech allows you to melt chocolate and prove dough, enhancing the functionality for making desserts and better batches of bread.

The scales are something that is becoming more common with “smart” systems. In some cases, they are a bit unnecessary and counterproductive. Here, there are comments about users learning to trust that the scales are accurate.

But, in this Kenwood food mixer, they add to what is a more intelligent and well-rounded kitchen machine. This is made possible through the BakeAssist 2.4’’ screen, where you can see presets for different modes and clear information on the measurements.

You can also angle the screen to make it easier to use. 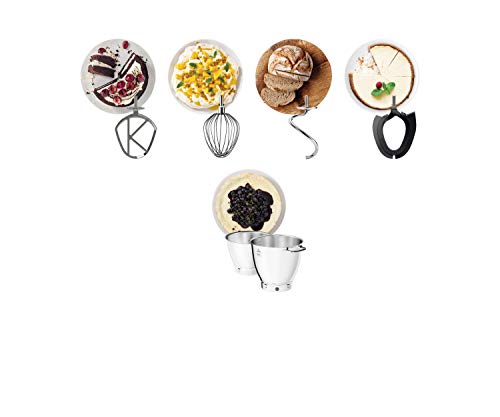 As for the more traditional features, this machine still goes further than most by adding a second bowl that “nests” within the first.

This allows for quantities suitable for a typical 5L bowl but also larger quantities in the 7L bowl. You also get the planetary mixing action and variable speeds via the dial.

It would be better if this Kenwood Titanium Chef Patissier had a few more instructions to help new users get comfortable.

When it comes to the negative side of this kitchen machine, there isn’t too much to talk about. Some will be disappointed that so many of the attachments are optional when this food mixer is already so expensive.

But the features that are provided still mean that there is value here.

There is no indication of the temperature of the warming settings, which leads to a little trial and error for some cooking processes.

Is this Kenwood XL Stand Mixer still a recommendable choice with all these considerations in mind?

Overall, it is hard not to appreciate the complexity and advancements in this device. It is an expensive mixer, but it also feels and acts like one.

There is a lot to play with and you do need to be prepared to play around and make mistakes. Still, the weighing and warming features do add a new dimension and ensure that the Kenwood food mixer lives up to its name.