Is The Kenwood Prospero Plus Stand Mixer Compact In A Good Way? 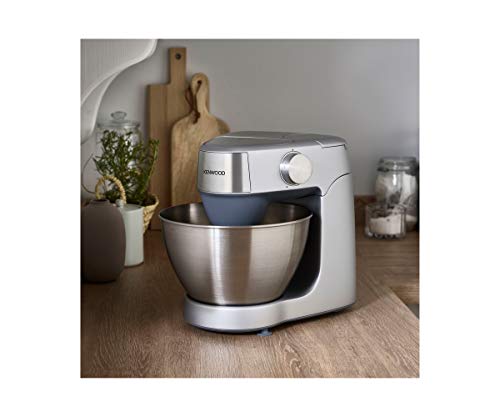 A Kenwood kitchen mixer is often seen as a must-have item for any kitchen, but the Kenwood Prospero Plus KHC29.A0SI Stand Mixer is out to target a more specific user.

The focus here is all on the size of the machine for a more convenient approach. It looks promising for those short on space.

So, does it deliver, or are there significant compromises?

The Pros and Cons of this Kenwood Prospero Plus KHC29.A0SI Stand Mixer.

The Kenwood Prospero Plus Stand Mixer is an interesting choice for those looking for a smaller model.

This is a compact food mixer, which immediately gives us some important pros and cons to consider. The 4.3L bowl is smaller than the average, although still well-made with a nice stainless steel finish.

This drop in capacity could be a problem for those that have large families and bake in large batches.

But, it could be fine for those living alone that just want to make small amounts of batters and mixes and play around. Also, the compact design of the body of the machine, with the smaller arm, means that it won’t take up as much space on a counter. 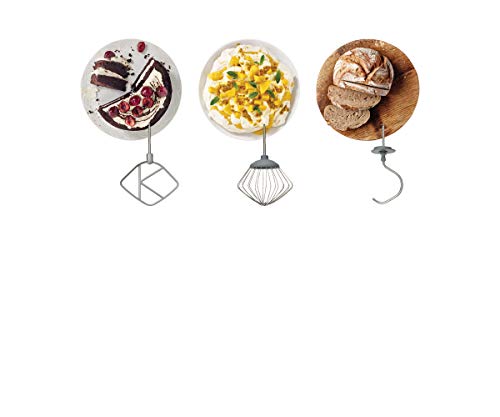 Otherwise, you get a lot of the same features that you would expect from larger Kenwood kitchen machines. There are three attachments that you can use – the K beater, dough hook, and whisk.

They all seem reliable enough with many users creating lots of different baked goods for their families. It seems that both the attachments and the bowl are also easy to clean.

This Kenwood Compact Stand Mixer has some issues with the speed and vibration that let it down.

The biggest problem seems to be some defect with the speed control. First of all, the specification only mentions “variable speed”. Secondly, some found the controls inconsistent and that the food mixer struggled on tougher mixtures.

One user found the lowest speed to be incredibly fast while others saw the machine vibrating across the table trying to make bread dough.

This would have been worse without the suction cups on the bottom. Otherwise, buyers are pretty happy unless they are in the unlucky minority not to receive all the attachments in the box.

Is this Kenwood Prospero Plus Food Mixer still recommendable with all this in mind?

This machine is flawed and it seems that in creating a smaller, lighter machine they weren’t able to fully compensate for the effects of the powerful planetary action.

It may have too much of a mind of its own and too small a capacity for everyone compared to tougher machines. But, there will be single occupants interested in playing with recipes that could appreciate the Kenwood food mixer’s smaller size and attachments.