Does The Alternative Design Of A Kenwood Prospero KHC29 Mixer Work? 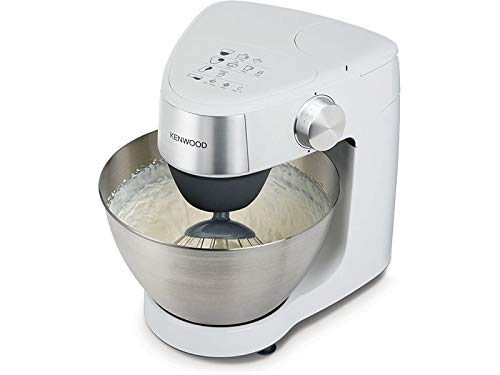 The Kenwood Prospero KHC29 Stand Mixer is eye-catching in a different way from a lot of popular food mixers.

Instead of going big and bold with the design, this one is understated and a lot smaller than you might expect.

There are promises of a great performance within a smaller space, all with some great features, but does it perform as well as hoped for?

The Pros and Cons of this Kenwood Prospero KHC29 Stand Mixer Kitchen Machine.

The Kenwood Prospero KHC29 wants to offer a slightly different experience from the usual Kenwood mixers.

There are two key selling points to this Kenwood kitchen machine over others in the range. The first is the compact shape. Many food mixers like this tend to be chunky devices that take up a lot of space, and Kenwood isn’t known for making theirs that attractive either.

So, this smaller model should work in a smaller kitchen. There isn’t the same free-arm as normal, but there is still a speed control on the top to adjust the intensity of the planetary mixer.

Surprisingly, the brushed steel bowl isn’t a lot smaller than average at 4.3L. So, you should still be able to create the quantities of batter you need. 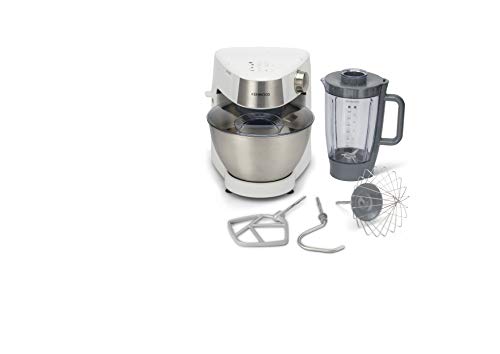 The other selling point is that you get an extra accessory. The Kenwood stand mixer comes with the usual three attachments for the bowl – the K-beater, whisk, and dough hook – but there is also a blender.

This attachment brings added functionality to the kitchen without the need to buy an extra-large appliance. You also get a splashguard for the bowl, which is essential when considering the issues users experience.

The Kenwood Prospero KHC29 has some flaws and inconsistencies that could be a problem for those striving for perfection.

Unfortunately, while there are more processes on offer here, some of the basic functionality is lacking. There are a few reviews that echo similar issues with the strength of the lock on the arm.

This tends to be at its worst when trying to cream butter for cake mixes and buttercream. There are also some users that felt that the quality was lacking because of the thin feel of the bowl and the fact that the rubber feet came off.

Is this Kenwood Compact Kitchen Machine still a recommendable choice with these issues in mind?

There are two ways of looking at this stand mixer. Experienced bakers that want large quantities and faultless processes are probably going to get annoyed with this. The struggles on basic mixtures seem all too common.

But, the compact size, range of accessories, and variable speed settings also mean that newcomers can play around and see what they can make.

It seems that this smaller Kenwood food mixer could prove to be a stepping stone from being unable to bake to then upgrading to a more effective system.