Is The Compact Duronic SM104 Stand Mixer Too Short Or Just Right? 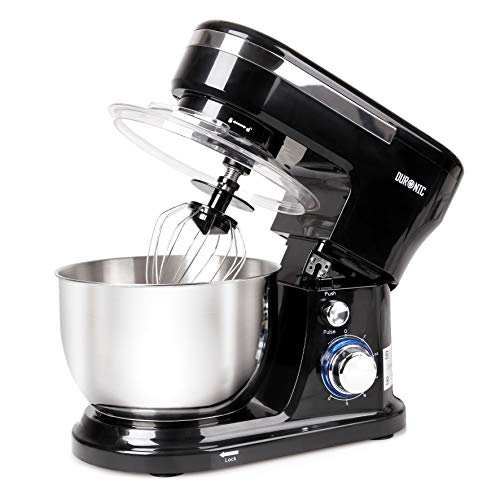 The Duronic SM104 Stand Mixer looks like a great addition to a kitchen on first impressions because of the design and small stature.

It looks like the sort of device that first-timers might find helpful and seems to have a lot of the basic features in place.

So, what do users make of this machine?

The Pros and Cons of this Duronic SM104 Stand Mixer.

The Duronic SM104 Food Mixer is a compact option with some user-friendly features to get you started with baking.

One of the main selling points with this stand mixer is the idea that it is a more compact choice. Compact kitchen mixers are always going to be appealing for those with smaller kitchens as it is easier to keep them out with room to move under a wall-mounted cabinet.

This one is perfect for that because it is just 11.2 inches tall. It also isn’t too deep at 13.5 inches. The aesthetics of the machine are enhanced by the nice black and silver design and the blue LED around the speed dial. 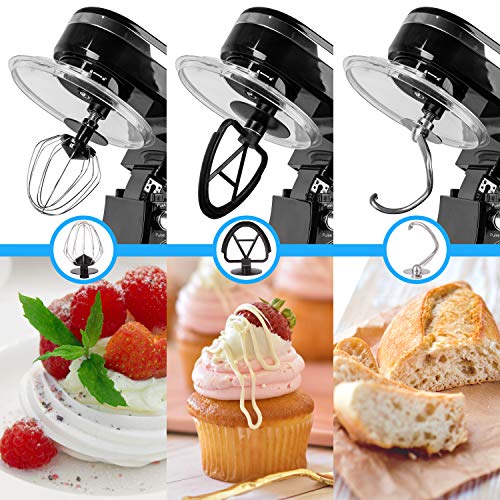 The kitchen machine comes with your standard selection of attachments – the dough hook, whisk, and beater – to help you create a range of baked goods.

The stainless steel bowl has a chute in the guard for easy delivery of ingredients during the mixing process and there is a planetary action to improve the consistency of the mix.

There are also some additional features on this food mixer that you might find useful, especially in a smaller kitchen. For example, there is cord storage to keep the power cable out the way as needed. There are also non-slip feet to help with stability.

It is just a shame that there aren’t more instructions in the box as this could have helped what is generally a user-friendly product. Most users find they can swap out the attachments and set this up easily enough.

However, the compact size of the Duronic SM104 does come at a cost.

One problem here is that in order to get that great compact shape that users were after, the company brought in a smaller 4L mixing bowl.

It is clear from just looking at this bowl that the sides aren’t high as they could be, and it seems that this is the only way they could have that shorter design.

While this shouldn’t prove to be too much of a problem when it comes to smaller batches, it isn’t going to work if you have large quantities of bread or cupcakes to make.

This isn’t going to handle bake sale demands like some XL models can. Thankfully, there is a splash guard on the mixer so there is less risk of the ingredients spilling over the top. 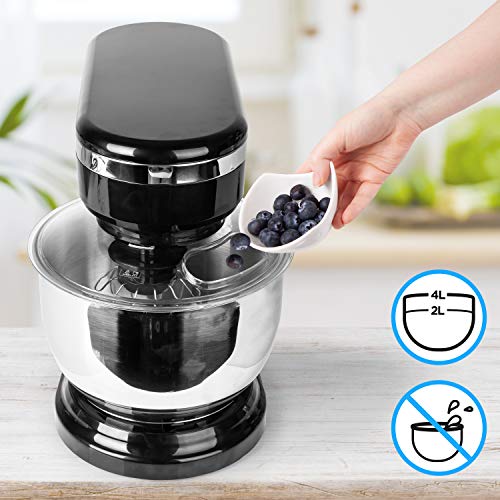 Another consideration here is that some users find that the machine struggles on the highest setting. There are 6 settings in total, with the addition of a pulse for certain mixtures.

This is effective most of the time and the mid-range settings are fine. But, some users say that they don’t trust the machine to complete the job if on the sixth speed too long.

This also leads to some concerns over the durability of the food mixer. If used on too high a setting for too long, will it last?

Is this Duronic Compact Kitchen Mixer still recommendable with these pros and cons in mind?

There are issues here in terms of the power and long-term benefits. But, those that stick to the lower settings and smaller amounts of mixtures shouldn’t have too many issues.

The attachments and user-friendly features are still going to help those that don’t take baking quite so seriously. In short, the Duronic food mixer is still a great choice for those that bake occasionally for personal consumption, rather than for families.